Following Airbnb’s decision to single out Israel (and Jewish listings) as the sole wrongdoer in the Israeli/Palestinian conflict, I knew I could no longer do business with the company, and I deleted the app from my phone.

As a travel blogger, I had about $100 worth of credits with the company that I had not yet used, but no matter. This was too important. 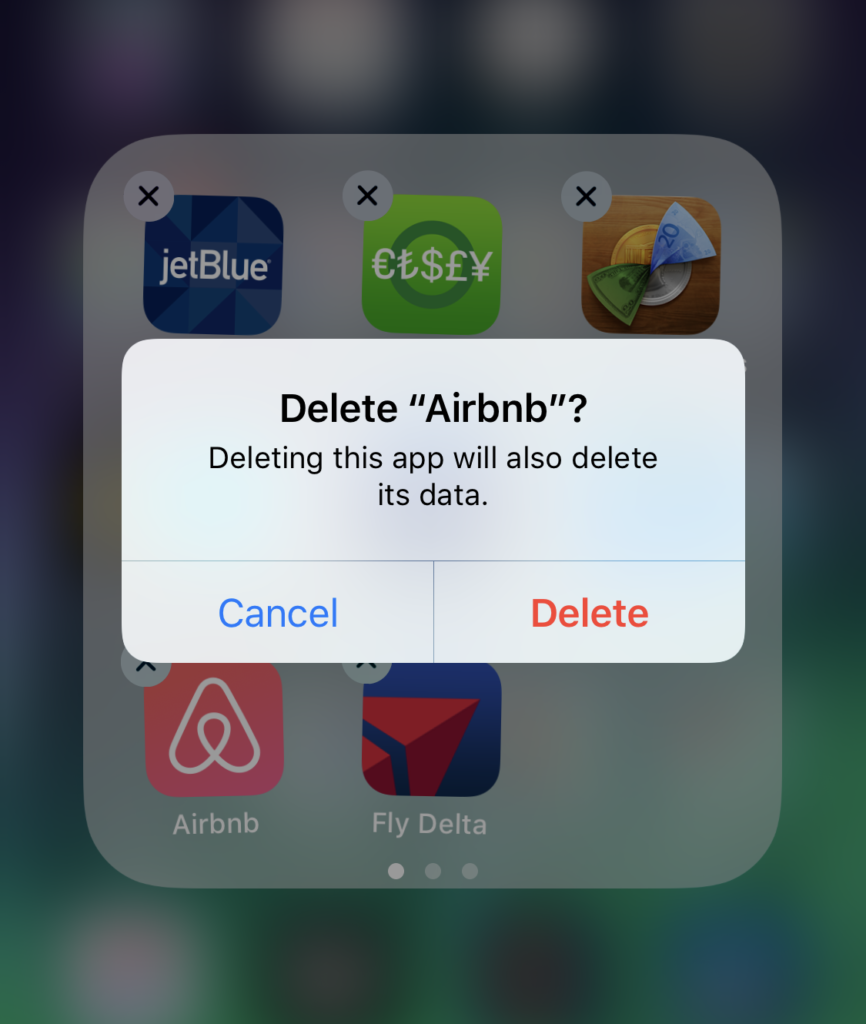 Back in 2004 I worked for Natan Sharansky and Aryeh Green in Jerusalem as an intern. Sharansky at the time was the Ministry of Jerusalem and Foreign Affairs for the Israeli government. There was one major thing I learned from them that I took with me regarding conversations I would have on Israel, and critique on the country.

Sharansky (with Green’s assistance) introduced the concept of the 3 D’s of antisemitism. It was a framework to understand when criticism of Israel (or Jews) was valid or whether it was in fact antisemitic based on whether it was a Delegitimization, Demonization, or a Double Standard. It’s a fairly rational and straightforward framework that you can read up on here.

There are two crucial points that make Airbnb’s decision this week a Double Standard to its own standards, and thus, blatantly antisemitic.

Dear AirBnB –
Regarding your November 19 announcement de-listing Jewish/Israeli properties, I won’t argue the merits of arguments regarding the legality of Israel’s presence in the disputed territories of Judea & Samaria (the “west bank” of the Jordan River. Reasonable people, based on history and western notions of international law, morality and politics, may present compelling arguments on all sides.

But I challenge you on two basic points:

1. Consistency. Are you de-listing rentals in northern Cyprus, held in blatant violation of international law by Turkey, a country with no historic or legal ties to the island, following its belligerent act of aggression (according to the UN definition)? Tibet? Various regions occupied by Russia? Western Sahara? And the other many regions (Alsace Lorraine anyone?) on the globe in dispute?

Furthermore – are you de-listing all rentals in these disputed territories? Or only Jewish-owned/Israeli properties? Since you declare not to have taken a stance on the conflict, how can you legitimize one party’s claim by allowing Arab listings while prohibiting the other party? By definition, your decision sides with those who claim that these are “Palestinian” lands – ie. Arab, with no connection to Jews, Jewish history or the Jews as a nation and people. (That this contention is ahistoric cannot be denied, though reasonable people can of course argue for various approaches to resolving the Arab-Israeli conflict, including advocating the creation of a “Palestinian” state and the withdrawal by Israel from disputed territories, while others may oppose this approach….)

2. Justification and language. Your press release states that “settlements” are “at the core of the dispute”. This is demonstrably false. There were no “settlements” (Jewish communities in the territories) prior to the early 1970’s — yet there were 100 years of violence and hostility to Jews returning to their ancestral homeland since the late 1800’s. The removal of all “settlements” (and military presence, and even graves of Jews) in Gaza in 2005 led not to peace but intensified attacks by “Palestinian” Arabs on Israel. And conceptually, it’s clear that with real peace, Arabs and Jews can live side by side – as they do in Israel, where 20% of Israel’s citizens, or 1.5 million people, are Arabs (mostly Muslim) and Arabs and Jews live in villages next to each other and in city neighborhoods next to each other or even in some cases side by side.

“Settlements” are indeed not the core problem. The primary obstacle to peace is, as it has been for over 100 years, the violent opposition by the Arab and Muslim (and “Palestinian”) leadership to ANY connection or sovereign presence of Jews in their ancestral homeland. Recognizing this, as above, does not mean one must support Israel’s policies or even continued presence in Judea & Samaria (though it is the heartland of the Jewish people and has been for 3500 years – Jews are, after all, from Judea). But recognizing this does point to the first step in any reconciliation — ie. the acceptance by Arabs and Muslims of the legitimacy of Israel’s founding, in any borders.

In sum, I humbly suggest that you either apply that policy consistently — de-listing throughout the disputed territories as well as in other disputed regions — or acknowledge, as per (2) above, that you made a mistake, having accepted the simplistic and propagandistic (& politically correct) approach of the ‘experts’ you consulted (or perhaps just listened to the loudest voices), and revert to your former, non-political and non-discriminatory policy.

The same anti-Israel organization that pressured Airbnb to single out Israel, Human Rights Watch (HRW), has also been calling for Booking.com to follow suit. Yet the team at Booking.com is not capitulating to these demands and is keeping all listings on the platform open (according to a recent report) and allowing the governments to settle the disputes, not businesses.

Congrats BOOKING.com. You just earned my business, and hopefully many others.

You can download the Booking.com app to your phone here.