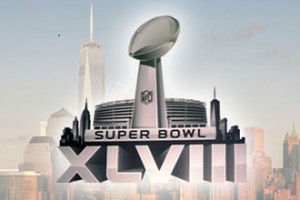 For those attending the first NYC area / cold-weather Super Bowl later today, know this: tail-gating is not allowed … but kosher food will be available inside the stadium.

At the big game Strikly Kosher stands will be serving hot dogs, knishes, pretzels, chicken nuggets, and drinks. Here’s where you can find the kosher grub at the big game:

The location of food from Noah’s Ark at the stadium is not available at this time.