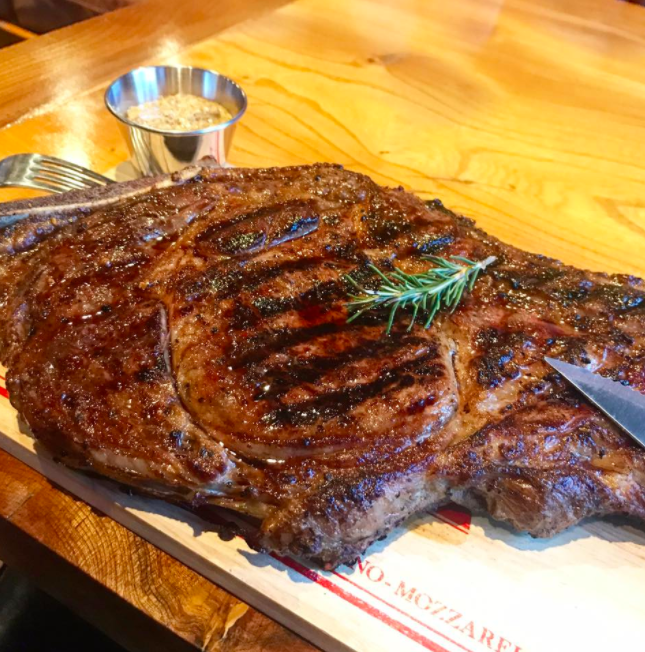 The Beverly Hills dairy restaurant, Mazal’rella, which opened one year ago, had closed at the end of October and has been replaced by its owners with a French Steakhouse, Meatos Bistro Chic, which has opened its doors earlier tonight.

The restaurant will feature steak au poivre (pepper encrusted steak), cowboy steak (pictured right), daily “plat du jour” including boeuf bourguignon, fish a la marocaine (Moroccan), couscous, and others. Other menu items will include meat pizza, jalapeno poppers, stuffed portobello, and more. The restaurant is working on recipes for duck, and other unique dishes not served at kosher restaurants in Los Angeles. Desserts include chocolate lava cake, churros, and pavlova.

The restaurant plans to open its doors for Shabbat meals during vacation periods in the Spring and Summer.

The restaurant’s owners plan to reopen Mazal’rella in a different, smaller location in the future.

Kosher certification under the OU.