UPDATE: Promenade is fully kosher and currently under a soft opening stage where their menu items may change until the menu is fully finalized.

The @PromenadeNYC has finished its transformation and gone fully kosher – currently under a soft opening. Was there for their opening night this week and tried lots of dishes (so expect more pics coming soon). This is their CHICKEN & RED VELVET WAFFLES — chicken tenders & red velvet batter waffles, confectioners sugar, and maple syrup! Good stuff, and something fairly unique to the kosher scene! This is an awesome & spacious sports bar, so it’s a great place to have dinner and/or a drink and catch any of the games on TV that night. MORE COMING SOON ———————————————————————— I ? your comments. Let’s hear your thoughts // Tag a friend you’d share this dish with // Challah at me?? ——————————————————————— #kosherrestaurant#kosherrestaurants #kosherfoodie #kosherfoodies#eeeeeats #everyday #instayum #kipsbay #koshernyc #glattkosher #foodie #foodies #f52grams#feedfeed #foodstagram #foodstyling #beforethebite #thekitchn#huffposttaste #buzzfeedfood #forkyeah #goodeats #eatingfortheinsta #kosher ———————————————————————— Be sure to subscribe to YTK emails via the link in my bio ?? ———————————————————————— 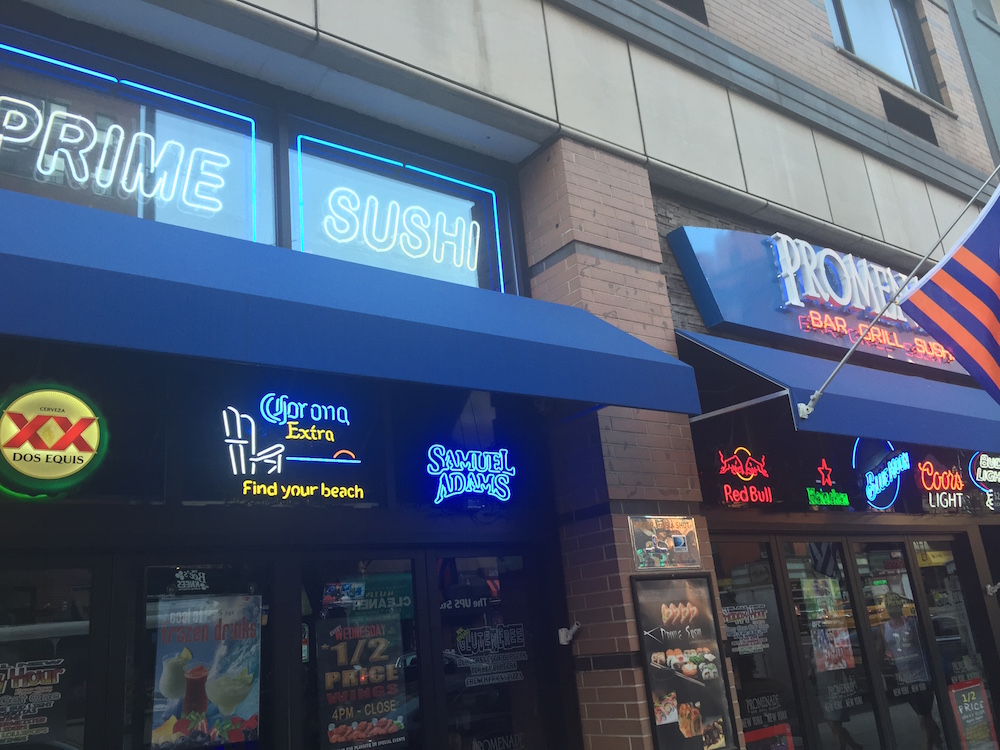 A few months back it was reported that the Promenade Bar & Grill had entered into an agreement with the owners of Teaneck Doghouse to make the Midtown East sports bar kosher. Promenade Bar & Grill has been operating a kosher sushi stand, Prime Sushi, inside its premises (separate from the non-kosher kitchen) since last summer. [Read a review here]

YeahThatsKosher has just received word directly from the owners that the deal was completed and the restaurant will officially become fully kosher. The restaurant will be renamed “Promenade Grill,” although the bar and drinks will remain.

The restaurant aims to be open and fully kosher by the 1st or 2nd week of May. [Official date will be announced after Passover]

The location will continue to operate as a sports bar, now with a fully stocked kosher kitchen serving a very similar American “sports bar” menu to the previously non-kosher menu, sans dairy and non-kosher seafood. Many of those items from that non-kosher menu will remain using kosher ingredients. (We will be publishing the new menu when it is released shortly.) The restaurant makes everything from scratch, and will continue that in the kosher kitchen. Additionally, the already established kosher sushi bar will remain.

Kosher (and non-kosher) diners should be delighted to know that the raise in prices for the new kosher menu will be negligible. The restaurant is aiming to provide a casual dining option and keep prices competitive.

The restaurant will seek to attract those who work and live in the neighborhood, as well as provide catering options for nearby offices, corporate events, fun gatherings, and provide a great after-school hangout spot for Baruch College students, as well as a different type of date location for Yeshiva University students.

It’s also a great space for guys who love sports. Last fall I hosted a Fantasy Football draft with my buddies there, taking over a corner of the bar and ordering off of the kosher sushi menu. 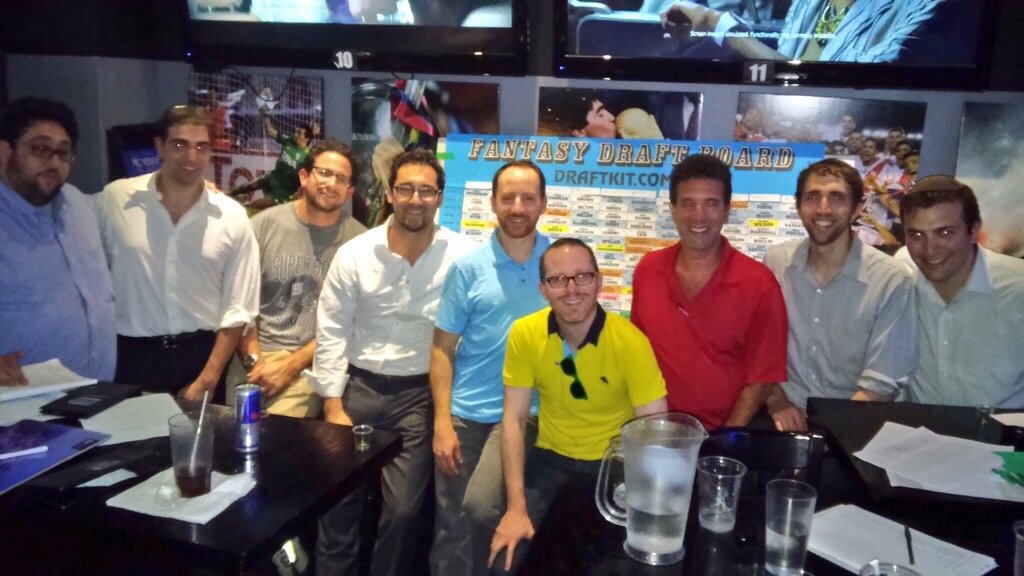