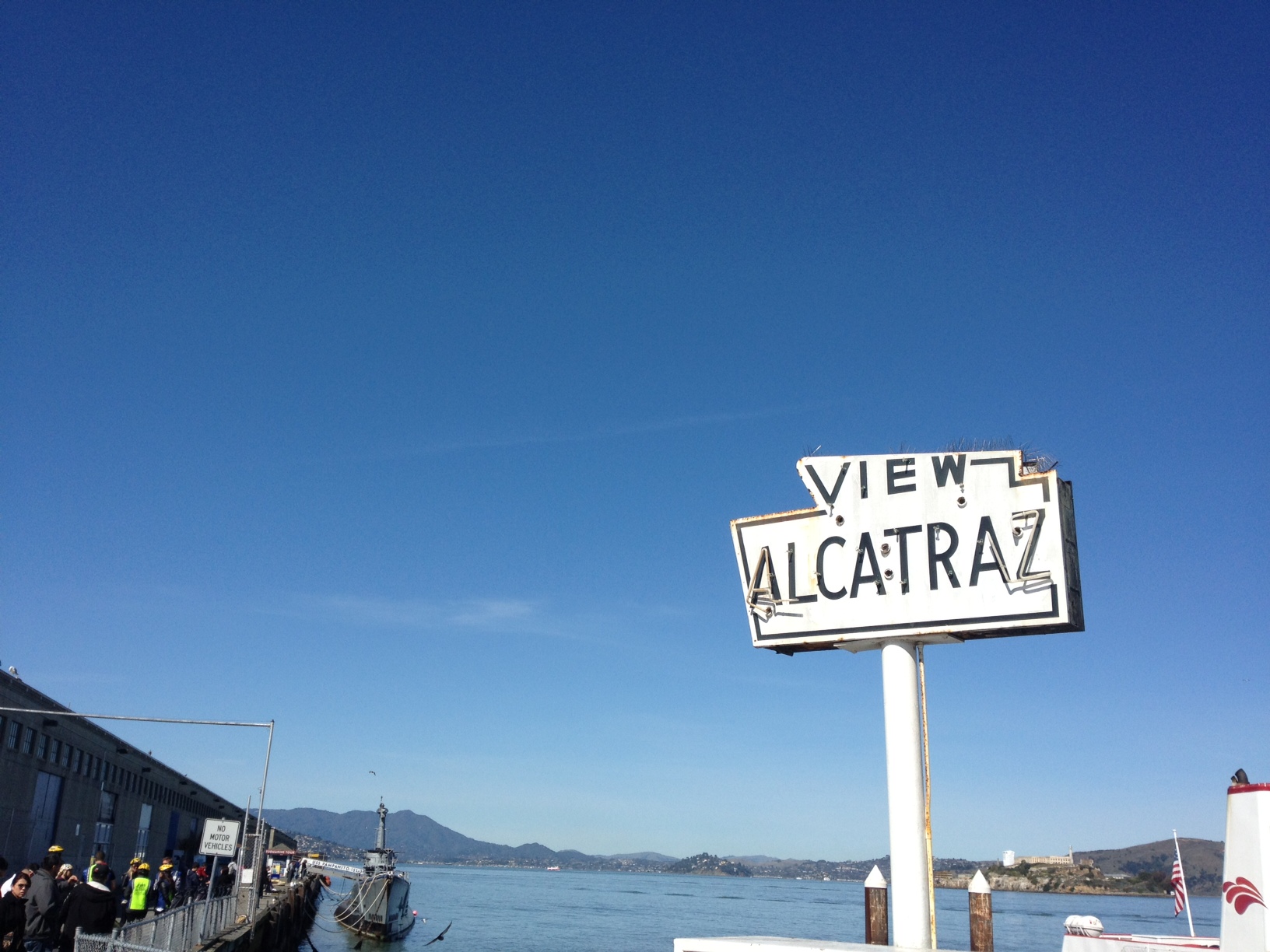 San Francisco is a large American city with depressingly few kosher options. In the downtown area, there is only one (small) kosher restaurant, Sabra Grill, which doesn’t even deliver. Advice I received from the locals was to avoid unless there were no other options (which is often the case in SF). Their shwarma in pita was decent but nothing special. I did enjoy their fries. The restaurant is up a steep flight of stairs and is not friendly to those in wheelchairs or with baby carriages. Sabra is certified kosher by the Vaad HaKashrus of Northern California.

West of downtown, in the residential area, is Shangri La, a kosher vegan Chinese restaurant which is both tasty and affordable. I definitely recommend making the schlep there for a meal. Shangri-La is under the supervision of Orthodox Rabbinical Council of San Francisco.

In terms of restaurants, those are the only three options within the city limits.

Tourist Info: San Fran is truly a fun city for lots of travelers. While the city is widely known to Americans as a bastion of liberal thought, protests, and as a haven for the LGBT community, the city is also a great hub for culture, business, and plenty of outdoor activities. Visitors to the city can enjoy one of the city’s many parks, ferries in the SF bay (including to Alcatraz island, Sausalito, Oakland, and many other locations), biking, hiking, and a ride on the historic cable cars. 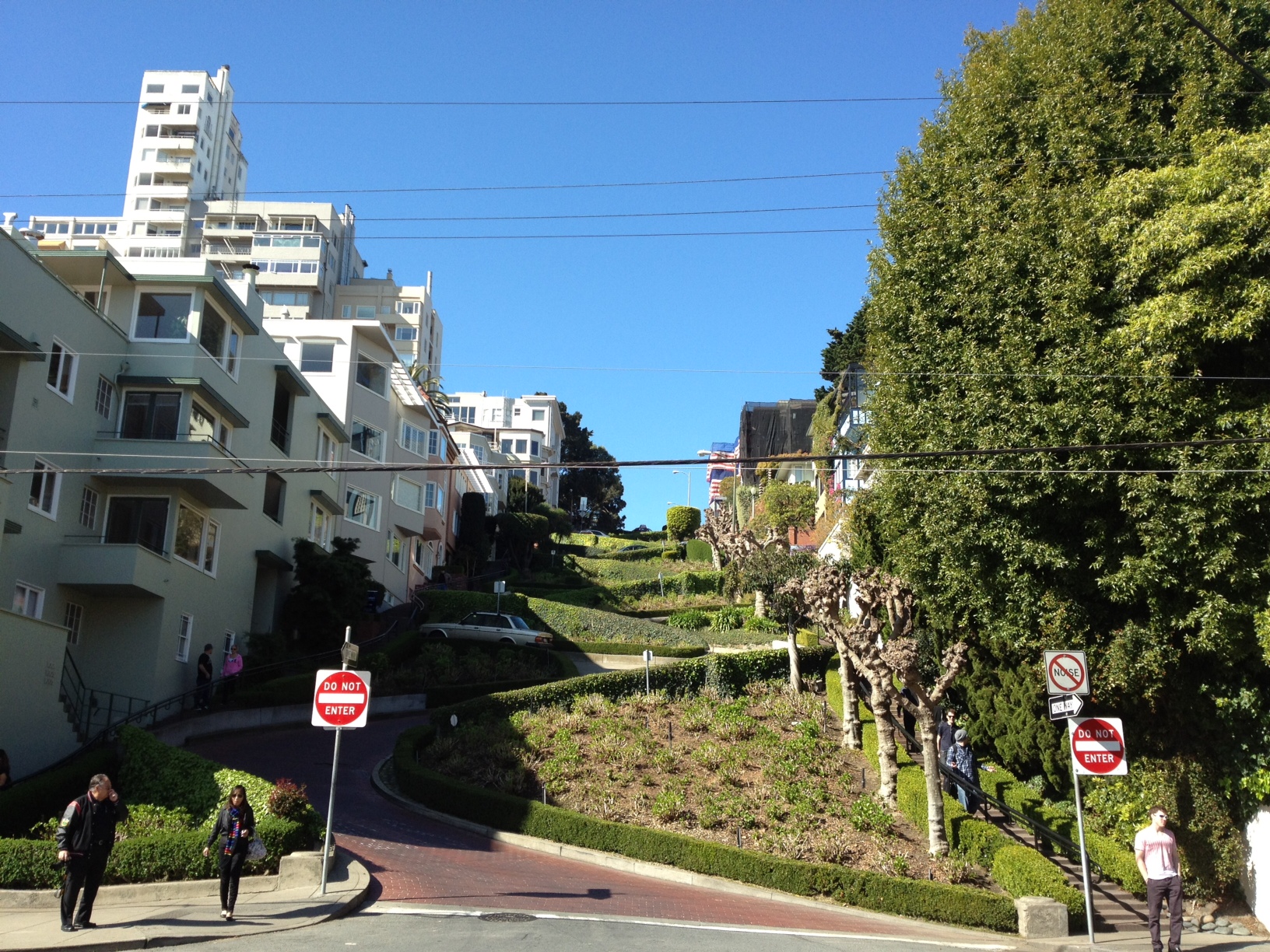 I was truly excited to ride the cable cars, and also to visit the Cable Car museum, near the center of the city, where you will learn how the cable cars operate up the city’s steep hills.

Views from the north end of the city are beautiful. Fisherman’s Wharf on the north end is a hub for shopping, some history, and a port for many of the ferries. From this point you can get great views of the bay including of Alcatraz, the Golden Gate Bridge, and the neighboring towns. Walking distance to Fisherman’s Wharf is Ghiradelli Square, a square block of shops managed by the Ghiradelli chocolate company, may selling their famous (kosher) chocolate. Definitely worth a visit for the chocolate lover.

We rented bikes nearby and took a ride along the northern coast of the city towards the Golden Gate bridge. Many people ride over the bridge to Sausilito, where we visited later on by car. Sausilito is a quaint but picturesque waterfront town with beautiful homes, shopping, and cafes, it is definitely worth a visit.

Another must “tourist” experience is taking the slow drive down Lombard Street, known as the most crookedest street in the world. It’s both fun and beautiful.

For a nice lookout point, be sure to visit Twin Peaks, where you’ll get a great view of the city and beyond. (Be sure to bring a jacket as it’s really cold and windy up top)

For the nature enthusiast, check out the massive trees and hikes at Muir Woods, about a 45 minute drive north of the city. The reserve at Muir Woods has an easy path for those with kids, strollers, and even wheelchairs to enjoy, plus harder paths for hikers.

We spent Shabbat in the Sunset District by a nice family, and davened with them at the Adath Israel shul, the main Modern Orthodox shul in town.

As for Chabad centers / shuls, there are 8 within the city limits that I found on Chabad.org.

H/T to @RichieintheCity for all his help and advice

Hasiba in Los Angeles Has Closed