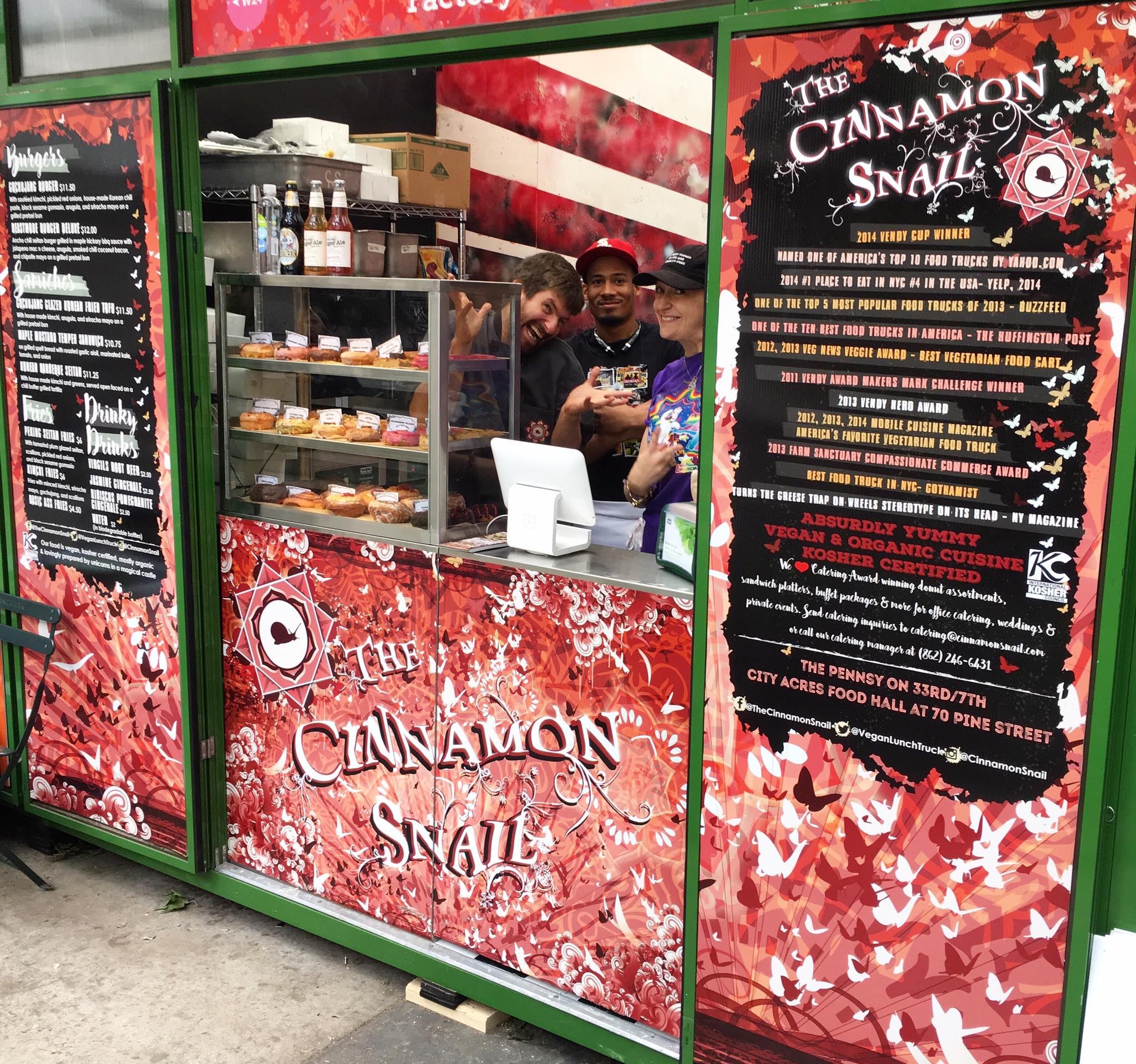 The kosher vegan team at The Cinnamon Snail is at it again with another location in NYC. After opening their permanent location at The Pennsy adjacent to Madison Square Garden early last year, they’ve added a permanent new kiosk on the corner of 40th st & 5th Aves by The New York Public Library and behind Bryant Park.

Kosher supervision by the IKC.

The Kosher Stand at FLL Has Closed
Lakewood Gets New Kosher Restaurant: The Bistro at Yapchik
Comment