Hummus, (known locally as “chummus”), wasn’t created in Israel (it was created in Lebanon) but it has definitely taken over the Israeli street food scene. Some of the best chummus in Israel sadly aren’t kosher but out of the ones that are, there are some pretty great ones. The beauty of a chummus restaurant is that you won’t be spending a fortune on a delicious meal. Here are some of the best restaurants in Jerusalem that offer kosher chummus.

(scroll down for a map of all of the locations) 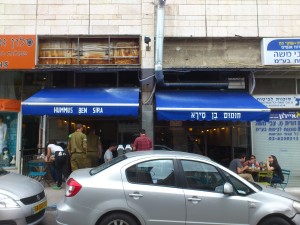 Chummus Ben Sira is a one of many Jerusalems establishments that have had an impact on the culinary scene in Jerusalem. Located on Ben Sira St., the restaurant has gotten bigger in the past year, by to taking over the store next door. The chummus at Ben Sira is made fresh to order and comes with fresh pita bread as well. Since the expansion they have expanded their menu to beyond chummus with dishes like shnitzel and kebabs as well. 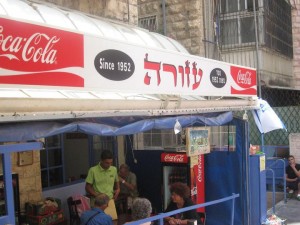 Azura is one of the Machane Yehuda market’s oldest and most popular restaurants in the city. Azura is a restaurant that was made for the working man, you come, eat, and leave. If you aren’t working and want to enjoy an amazing chummus plate, then take your time. You don’t need a topping to enjoy this made-from-scratch delicacy, which is cooked fresh every day as a home cooked Sfardi style meal. From the kibbeh soup the the suffrito, everything you will order is delicious. Azura is a bit pricey but well worth the time and money. 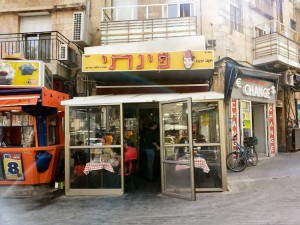 Pinati is the same concept as Azura, Sfardi home cooking, fresh on a daily basis. What separates this Pinati from the rest of the franchise is that they are the original restaurant, the same cooks and waitstaff have been there since the beginning. Even the original pots they started with are still there. If you compare the chummus to all the other branches, it just doesn’t taste as good. Adding cooked broad beans as a topping is killer and is probably their best chummus topping in the restaurant. Add their musaka or rice and beans to the chummus and you’ll leave there stuffed and satisfied.

Hagas 1 isn’t your typical chummus joint. Hagas 1 is a vegetarian restaurant where the chummus is the signature dish. The chummus is organic and the focus of the rest of the menu is healthy dishes, like stuffed vegetables and salads. The chummus though is definitely up there with the best chummus in the city and is a great option if you aren’t in the mood for meat.

From Aza To Berlin 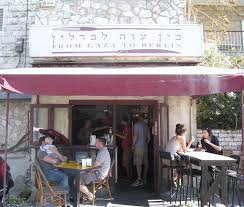 Another Jerusalem staple outside the city center, located on the corner of the streets of Aza and Berlin. The restaurant converted from being dairy to meat. Known to be a local hangout for the Katamon crowd, people come from all over to eat their chummus. One of the unique chummus dishes they offer is the shakshuka chummus which is a very interesting combination, and very different. The menu in From Aza to Berlin is also Sfardi home cooked style, but fresh and seasonal with their salads as well.