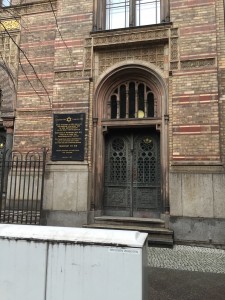 The Kosher scene in Berlin is clustered in two areas, north of the city center in an area called Mitte, and west of the city center near the zoo. In Mitte, there are two kosher restaurants, Hummus & Friends, down the block from the Centrum Judaicum, and Shiloh, a few blocks north. Both serve Middle Eastern food. Hummus & Friends has a small menu of delicious small plates and hummus bowls, and has a very comfortable coffee-shop atmosphere. As of September 2015, another restaurant in the area, Elfenbein, does not appear to be open anymore. Check before you make the trek out there. There is also a kosher store, Kosher Life, that has a full range of Israeli and European kosher food, wine, meats, and cheeses. A local bakery chain, Hofpfisterei, sells some breads that are acceptable.

In the west, there’s Milo, a meat restaurant inside the Chabad building. If you think you’ve mistakenly found yourself at an embassy, you’re probably in the right place. 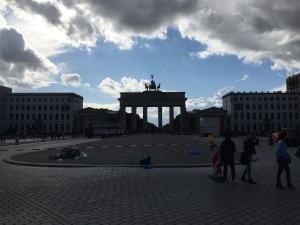 Milo serves steak, burgers, and Israeli food. When we went they were overworked due to a conference in town, but they would be a solid option outside of those rare situations. Bleibergs is a dairy restaurant with a small selection of packaged food and alcohol available for purchase in addition to the restaurant food. It’s a nice mom and pop place that is a good option for breakfast or lunch.

Note that Berlin seems to be the kind of place where some of the restaurants and shops may disappear quietly so be prepared to be flexible.

Things to do in Berlin 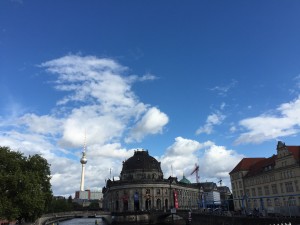 Berlin is rich with museums, cultural sites, and shopping. The Museum of the Wall was highly recommended to us- we found it interesting but disorganized.
There is a cluster of museums called Museum Island and nearby there is an art market, Art Market at Zeughaus, that is open on Sundays.
The Brandenberg Gate is a must see and there are parks and other sites nearby. There are nice shops in Mitte in the area north of the Spree River. 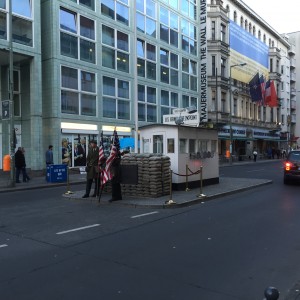 Bikini Berlin by the zoo is a mall with a lot of independent shops in a nice neighborhood.