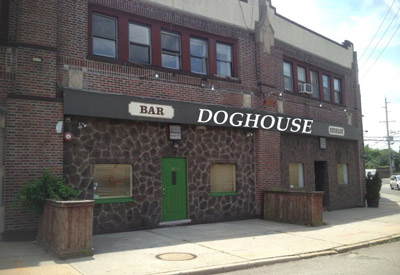 Watching and enjoying your favorite sports teams with your kosher observant buddies is getting easier in the NYC area thanks to new kosher sports bars opening up.

A Teaneck, NJ bar is being converted into a kosher sports bar named Teaneck Doghouse. The news comes not long after the Prime Hospitality Group opened up Prime Burger as a burger/sports bar on the Upper West Side.

In a conversation with the bar/restaurant’s owner, it was confirmed that the Teaneck Doghouse bar will be stocked with 20+ domestic, international, and craft beers. 6 wines will be available “by the glass” and 4 additional wines “by the bottle”, with Sangria as a staple. Additionally, they’ll carry a large selection of spirits including vodka, rum, scotch, whiskey, tequila, and gin. The menu will consist of burgers, hotdogs, wings, chicken fingers, BBQ pulled brisket, and home made beef jerky. [Full menu will be posted shortly]

The bar will feature 28 TVs (including in the bathrooms) all showing sporting events. The 28 TVs give Doghouse the ability to show up to 10 different games at once. If the game is on live, expect to be able to watch it there, including international games.

The location is split into 2 rooms, either room may be rented for a private function or party. Because of this 2 room configuration, the location is able to be both a family friendly restaurant on one side (with 40 seats), and adult-only bar on the other side. Having said that, they expect the evening and late crowd to be adults-only. The owner thinks of Doghouse as a “kosher TGI Fridays.” 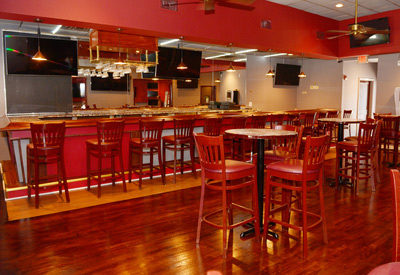 Teaneck Doghouse plans to be open till 1:00am Sunday – Thursday (or until West Coast games are completed), and until 3am Motzei Shabbat. The kitchen will close nightly at Midnight. It is the first and only kosher sports bar in Bergen County and is slated to open in the thick of the kosher restaurant area of Teaneck. It is replacing a non-kosher bar, Vinnie O’s.