Yesterday, El-Al announced the launch of their new lost cost airline, “Up,” in an act to adapt to competing airlines’ low prices. This decision was in response to the low-cost airlines that have been flying to Israel extensively lately from Europe.

The five destinations Up will fly to are Berlin (Germany), Prague (Czech), Budapest (Hungary), Kiev (Ukraine), and Larnaca (Cyprus), and each destination will have 11 weekly flights.

Planes will have 2 classes, Tourist and Tourist Plus, with the differences being that Tourist Plus fliers receive free food, beverages, blanket, and an extra 4 inches of legroom while Tourist fliers have to pay for those amenities and have 4 inches less legroom. 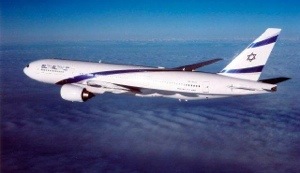 New in Jerusalem: Berlin Burger in the Mamilla Mall