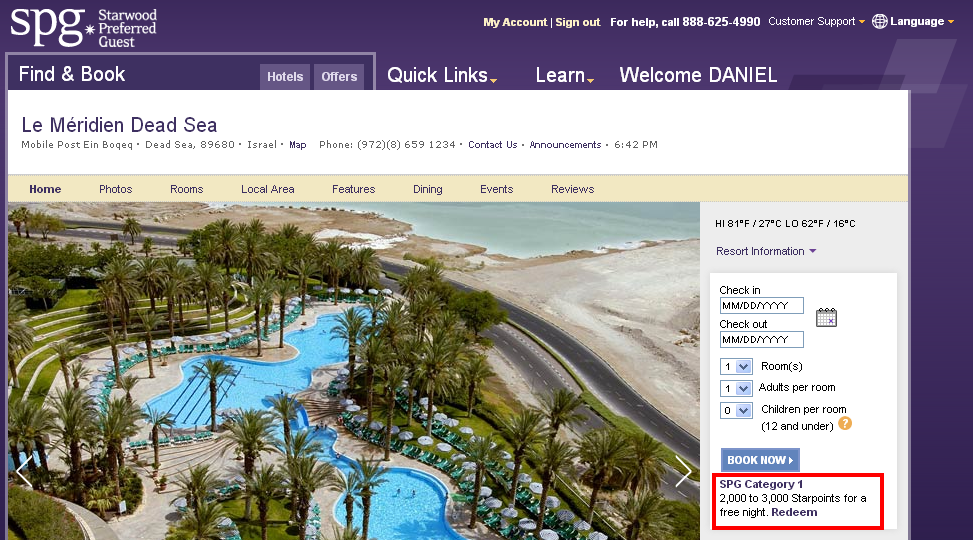 As some of you know, I'm always looking out for the best deals in Travel, especially as they relate to Jewish related Travel. I recently came across a post on Dansdeals that I immediately took advantage of.

Being a huge fan of Starwood hotels (and the SPG American Express card), I try and rack up points to use and spend within the SPG system. Earlier this summer I spent a few nights at the Le Méridien Montreal, and loved it. Later this winter when I head to Israel, I'll be spending a few nights at the Sheraton Tel Aviv, and now, thanks to the following promotion, will be spending a night at the Le Méridien Dead Sea … for 2,000 points (which is basically free)!

As a Category 1 SPG hotel, award nights tend to be on the cheaper end, and in this case, you can find many dates with award availability for 2,000 or 3,000 points per night redemptions! That's a steal, especially since many of the "point pundits" value SPG points at over $0.02 a point.