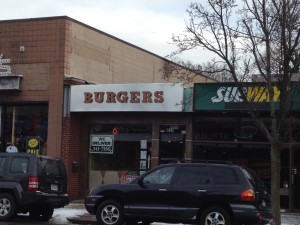 Over the past 2 weeks I have eaten at "Burgers" (formerly Burgers Bar) twice, with 2 different results.

Firstly, it's worth noting that the place looks nearly identical to Burgers Bar, that nary a item has been changed to the restaurant, which is fine, other than the menu board.

The positive things I have to say are as follows: