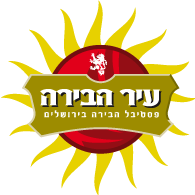 The Jerusalem Beer Festival is celebrating its 7th year at the city's historic train station, now a cultural center near Yemin Moshe and Katamon.

Over 100,000 liters of more than a hundred brands from all over the world will be offered, mainstream, boutique and local brewed.

Some of the Beers on hand will include:

At the 2-day festival, the historic train station will become a huge bar with impressive structures and luxurious attractions.

Every night on the main stage, the audience will enjoy a live show by Israel’s leading bands along with an exciting party hosted by one of the upscale Israeli DJ’s including: Mercedes Band (www.myspace.com/mercedesband) and Beit Habubot (www.myspace.com/beithabubotisrael). Following the concerts, top Israeli DJs Elad Veron and Dror Shalit will take the stage.

Check out all the festival details at www.JerusalemBeer.com