UPDATE: This post is outdated as most of the restaurants listed here have since closed. Please refer to this January 2016 post.

Orlando is a city of magic – even for the kosher family. Here are some highlights from our recent visit to Disney-town / Orlando, Florida:

Kosher Info:
We applaud Walt Disney World for reaching out to the kosher traveler, however, the Orlando area offers relatively few options for kosher restaurants and eateries – but perhaps enough if you don’t want to eat out every meal. 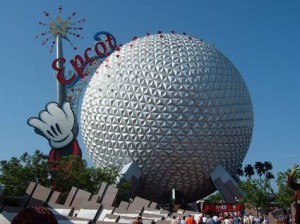 KOSHER at DISNEY PARKS:
The Disney properties have kosher food available in all of its hotels and restaurants. Most of the kosher meals require a 24 hours notice; you can reserve meals by calling 407 WDW-DINE (407 939-3463)… However, we know of one Disney Magic Kingdom restaurant that always has kosher food available: Cosmic Ray’s Starlight Café in Tomorrowland, a cafeteria-style eatery, which offers kosher airline-style meals under the hashgacha of Mehadrin Kosher and OK Labs certification. The food is sealed in “airline” type packages and heated in four microwaves set aside just for kosher. The day we were there, the choices included pre-wrapped meals with a selection of either corned beef, chicken strips or burger, with a side of potato croquettes ranging in price from $9.99 to $10.99. Weberman’s, of South Florida, makes those meals (Weberman’s also caters most of the prepackaged kosher food found on cruises). By the way, according to the restaurant manager, this restaurant is the third busiest restaurant in the whole world.

According to Chabad of Orlando’s website, Kosher meals are available without advance request at the following locations (including Cosmic Ray’s Starlight Café in Magic Kingdom):

More tips for keeping Kosher and traveling in the Disney Parks:

Travel Info:
Orlando is a hub for family travel and is conducive for all ages. There are so many theme parks and attractions, the options are endless. 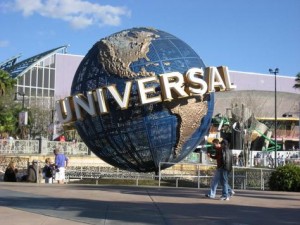 Here are some of the top Theme Parks in the Orlando area:

We were lucky enough to have stayed in a spacious, contemporary family sized 5 bedroom home near the Disney properties, enabling us to prepare our own breakfast and dinner. The children were delighted with their rooms and the wall murals of Goofy, Mickey and various Disney characters. There are many different types and levels of resorts and accommodations in the Orlando area. You can find houses and apartments available with kitchens (some already kashered) if you look hard enough.

Enjoy your visit. There is so much more to do and see.

* The morning minyan is comprised of local Orlando Jews, and help by the attendance of visitors.

Weekly Community Minyan at Rabbi Konikov’s Chabad House *:
Prayers begin at 7:30 pm (5:50 pm – in the winter) on Fri. evening and 9:30 am, on Shabbat Morning.
A Delicious Kiddush to follow

During Certain weeks there is also a Minyan at our Chabad Center on Universal Blvd for tourists.

—
Thank you to the authors of koshereye.com who submitted this post!