Update: As of 5/10/15, Gathering Grounds appears to be rebranding as a “fast casual deli” and will be dropping its kosher status. (H/T @TheChaviva)

As an avid board game geek, I was pretty excited to hear about this new place that just opened in the Denver, CO suburb of Greenwood Village. Gathering Grounds, the first kosher board game cafe, has a dairy menu which includes bagels, specialty coffees, and sandwiches.

Gathering Grounds opened with a few hundred board games in its library—from family and party games like Bananagrams, Apples to Apples, and Cards Against Humanity, to strategy games like Settlers of Catan, Carcassonne, and Blokus, to classics like Chess, Backgammon, Mah Jongg, and Life. Unlimited game borrowing privileges is priced at $5 per person per day.

Gathering Grounds has plans to open a second location this April in Denver proper. 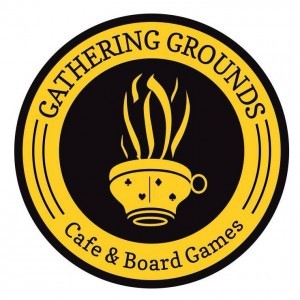 The restaurant is supervised by the Vaad Hakashrus of Denver (the Scroll K).