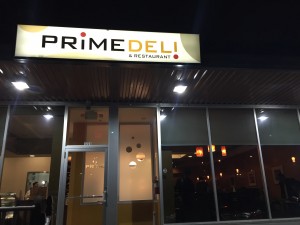 The restaurant is deli / steakhouse with a diverse menu that we’d describe as “modern Kosher fusion”. Essentially, the menu consists of dishes from numerous cuisines including modern American/deli, Israeli/Mediterranean, Asian, and more, done in an upscale environment.

The restaurant is located in a small strip mall adjacent to a kosher market and Judaica store.

Kosher supervision for the restaurant is under Minnesota Kosher.

The restaurant is open Sunday-Thursday from 11am-9pm and Fridays from 11am-2pm.