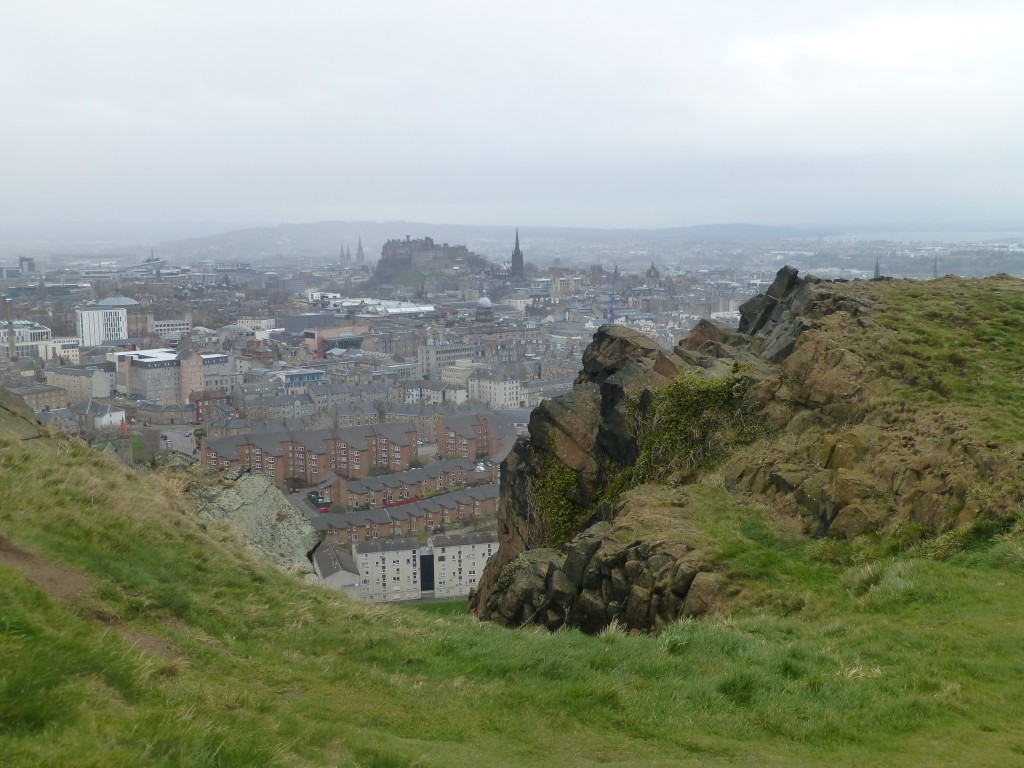 Glasgow has 3 kosher establishments, all located in the Giffnock neighborhood. Giffnock is about 20 minutes by car from the city center of Glasgow. Information about kosher food in Glasgow can be found on the website of the Giffnock and Newlands Hebrew Congregation (aka Giffnock Shul).

The Scottish Council of Jewish Communities (SCoJeC) has a PDF guidebook that lists supermarkets that have kosher sections. It also contains a lot of good information about all the Jewish communities of Scotland.

The UK is only now moving to a system similar to the US with kosher symbols (hechshers) on packaged goods. It still has a system where people need to have a book with lists of kosher/acceptable items. United Synagogue, the organization of Orthodox shuls in the UK, has a 25 page PDF Nosh Guide on their website that was very useful on my trip.

The two main draws for tourists to Scotland are golf and Scotch Whisky. I fall squarely in the camp of the latter, mainly Single Malt Scotch Whisky and really couldn’t care less about golf.  Besides wanting to see Scotland as a country, one of my main reasons for wanting to visit Scotland was to visit Whisky Distilleries and taste some special Single Malt Scotch Whisky. I was not disappointed.  Below is a list of the distilleries I visited and my thoughts on each one. Their location is in parenthesis after each one. Most of these distilleries only have one tour, if there are more than one to choose, I will note which I took part in.

There are other distilleries, many of them. I prefer the smooth taste of a Speyside or Highland malt, but some people prefer smokey Islay (pronounced ‘Ila’) malts. Whatever your preference you can find distilleries that match.

It’s important to note, for proper pronunciation of place names, that ‘ch’ like in Pitlochry, Auchentoshen and Loch Ness are pronounced like the Hebrew ‘chet’ and not like an American ‘k’.

We were in Scotland for 11 days. We spent the first part of the trip in the north where we stayed in Inverness. We visited the first 4 distilleries while up north. We stayed 3 nights in Inverness at the RocPool Reserve, a luxury boutique hotel. I don’t know how many rooms they have, but I don’t think it’s more than 10 or so. All of the staff are very nice, knowledgeable of the local area and very helpful. Big plus is that there is free WiFi throughout. Inverness means at the ‘Mouth of the River Ness’ and it is here that Loch Ness flows into the Moray Firth (inlet) and from there into the North Sea. Because of this area’s close proximity to the North Sea, oil rigs can often be seen for repairs in Moray Firth. Almost everywhere you drive up north is not far from the coast. From Inverness we went on day trips to the different distilleries and the following attractions:

After leaving Inverness we drove south along the West side of Loch Ness. We skipped the touristy Nessie traps and went to Urquhart Castle. The castle dates back over 500 years and features prominently in Scottish history in the battles for Scottish independence and clan conflicts. We continued to the Isle of Skye, which I thought was kind of a bust. Everyone says Isle of Skye is amazingly beautiful, it was pretty but it was a lot of driving and I didn’t feel the reward for all the driving. The day we drove to the Isle of Skye was our worst weather day of our trip. We didn’t drive to the north of the island because of the weather, which is said to be the prettiest part of the island. Also, we visited in April which was still very much pre-Spring in Scotland. If we visited later in Spring or in Summer we might have had different feelings about Isle of Skye. We ended up in the town of Armadale. where there is a ferry to take across the Loch to the town of Mallaig. We stopped at Glenfinnan monument  to Prince Charles Edward Stuart where he started his revolution which ended at Collodon (see above) and the Glenfinnan Viaduct made famous in the Harry Potter movies. From there we drove to Fort William where we stayed in a very nice B&B. The next day we continued on towards Glasgow and drove through the stunningly gorgeous Glen Coe valley.

We arrived in Glasgow and spent Shabbat in the Giffnock neighborhood.  There wasn’t much that drew us to Glasgow. There are some great museums but we opted to skip those. We spent little time in Glasgow except for Shabbat. Scotland’s Jewish community used to be much larger but never exceeded 20,000. Currently there are about 3000 Jews left in Scotland with most of those in Glasgow.  The center of the Jewish community in Glasgow and Scotland is the Giffnock Shul (see below). The shul is a beautiful building that has stained glass windows from several other shuls that have closed down. . The shul has limited ability to provide hospitality for shabbos meals. If you visit in the summer, it will probably not be available and you will need to purchase food and make arrangements at your hotel. We visited in April, when there are very few tourists and we spent Shabbat with two very nice families. These families, and the entire shul, made us feel at home and were very welcoming. Shabbat in Glasgow with the Giffnock community was a highlight of our trip.

After Shabbat, we transferred to Edinburgh and stayed at the Balmoral Hotel. It is the place where visiting royalty and heads of state stay when visiting Scotland. The Balmoral is on many travel magazines top hotels to stay at before you die lists. After staying there I understand why. Every thing about the hotel exudes luxury; the lobby, staff, the rooms and well, everything. I will probably not stay in hotels as nice as these ever again and only did so on this trip because my travel companions (my parents) were paying for the trip. We ate our meals in Hadrian’s Restaurant in the hotel and they have clearly dealt with kosher guests and food from L’Chaims Restaurant. Although it was the only time I’ve stayed somewhere where I was charged a seating/preparation fee for a kosher meal in a hotel.

En route from Glasgow to Edinburgh, we visited Glengoyne distillery (see above) and Stirling Castle. Stirling Castle dates from the 15th and 16th centuries and is one of the largest and most significant castles in Scotland. Mary Queen of Scots and several other Scottish kings and queens have been crowned at Stirling. I was warned before my trip to NOT see every single castle. There are way too many. The advice I was given was to pick 3-6 castles to see and that would be enough. I heeded that advise and after driving past so many castles, I can understand how you could see too many. Stirling Castle is one of the castles that you really should see.  While Glasgow seems to be a working city and not the most attractive for visiting tourists, Edinburgh is a very popular destination for tourists. The center of the city around the Royal Mile and Princes Street are big tourist walking areas. There are many spots walking along the Royal Mile and Princes Street that you can get free wifi if your hotel does not offer it.

While based in Edinburgh, we visited the following:

The biggest shul still in operation and the only one with minyan three times a day is the Giffnock Shul. The mikvah is also located in the Giffnock Shul. For shabbos we stayed at the Orchard Park Hotel in Giffnock. Our stay there was not the best because they were in the middle of a complete renovation of the hotel and really should have been shut down. I am sure it will be much nicer once the renovations are done. The advantage is that it is only a 3 minute walk to the shul and they are very familiar with dealing with kosher and shomer shabbos guests. Chabad does not offer Shabbat hospitality, but they will provide food (see above).

We had a great time in Scotland. It offers activities and attractions for any kind of traveler and kosher/Jewish travel is very doable.