The ever revolving door of kosher restaurants in this specific location on Broadway in Woodmere has continued with the closing of Masago. Formerly Cafe Sapore, and previously Bistro Grill, both kosher, it seems that this location has produced a string of restaurants that have failed to impress kosher consumers in the 5 Towns. 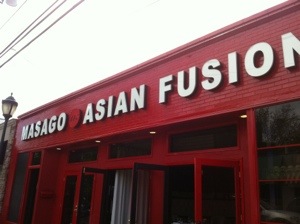 Having tried all three of these restaurants, I do have to say that the other thing they had in common besides the location was the poor service. I called out Masago on this in this post.

Let this be a note to kosher restauranteurs: service is an important piece to get right, especially for a higher end place.