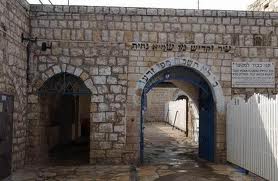 Visitors to Mt. Meron (Har Meron) and the Meron region can enjoy a dairy meal at Stupps in Moshav Amirim, 15 minutes west of Safed next to Mt. Meron. The menu is dairy and includes salads, appetizers, casseroles, soups, pastas, soy burgers, corn bread and unique desserts. Some of the dishes are made with cheese and eggs but others are vegan-friendly. The restaurant can get crowded so it’s a good idea to make reservations.

Shipudei Ron at 14 Habarzel Street in Kiryat Shmoneh serves grilled meats with salads in a homey, non-touristy atmosphere. The restaurant serves Israeli salads including homemade hummos and all sorts of other salads along with spicy kebabs, pargiot chicken on a skewer and other burgers and turkey meats. The restaurant is kosher l’mehadrin

The Flying Fig offers kosher l’mehadrin take-out food that is suitable for both vegetarians and for people who are interested in eating healthy food. The menu includes home-baked breads, pastas, grain salads, quiches, fish and many different types of vegetable dishes, both cooked and fresh. The Shabbat menu is especially suitable for people who are staying at a guest house in the area and want a delicious, home-cooked, dairy Shabbat menu.

For a list of kosher restaurants and other tips in Tzfat (Safed), located in the Northern Galilee, click here.

Tourist Information:
The moderate temperatures of the Upper Galilee in the summertime and the tepid temperatures in the wintertime draw travelers to the area year-round. There are many religious, cultural and historical sites in the area.

Mt. Meron is a pilgrimage site for Jews who want to pray at the gravesite of Rabbi Shimon Bar Yochai, a 2nd century Talmudic scholar who, according to tradition, wrote the “Zohar” — the foundation of Kabbalah study. Rabbi Bar Yochai’s gravesite is open year-round, 24 hours a day and it’s free to enter, though there are always beggars around who ask for donations. Tradition relates that it is a big “segula” — indication of good fortune — to pray at the gravesite of a great rabbi on the anniversary of his death and for that reason Rabbi Shimon Bar Yochai’s gravesite is especially busy on the Lag B’Omer holiday, the anniversary of his death, when hundreds of thousands pilgrims come to pray at his grave.

Rosh Pinna, 15 minutes east of Safed, was founded by Orthodox Jews from Romania as one of the first agricultural settlements in Northern Israel. It was heavily subsidized by Baron de Rothschild and served as an important center of the Upper Galilee. The old part of Rosh Pinna offers a beautiful walk along the cobbled streets of the 19th century Old Town with art galleries, boutique dairies and wineries. There is a video presentation that depicts life of the Jews during the early years of the town’s existence. Next to the Old Administration Building are the Baron’s Gardens, a well-maintained park which was, according to the stories, modeled on the gardens at Versailles. Just north of Rosh Pinna visitors can enter the Hula Nature Reserve which is a nesting site for a large variety of birds. The site is especially engaging during the seasons when the birds migrate — spring and fall. Walking and bike trails make a visit to the Hula Nature Reserve a relaxing experience.

The Kiryat Shmoneh-Metulla area offers one of the most beautiful scenic regions of Israel. A cable car takes visitors from its base, in Kiryat Shmoneh, up to the border kibbutz of Manara, providing a stunning view of the entire Upper Galilee along the way. To the east of Kiryat Shmoneh two nature reserves, Tel Dan and Banyias provide nature trails amidst streams, waterfalls and archaeological excavations of Jewish settlement during the times of the Prophets, Judges and Kings. Metulla is a small town which is just north of Kiryat Shmoneh. It was established at the same time as Rosh Pinna and has the same early 19th century atmosphere. Metulla draws many visitors who come to enjoy the pool, ice skating rink and bowling center at the Canada Center. 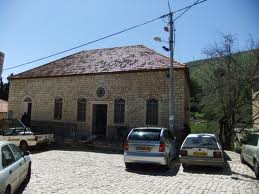 Most Galilee communities, including those which do not have a large religious population, have mikves. In the smaller communities it’s customary to call the person who operates the mikve to let her know that you want to come because the mikves in these small settlements open only when needed.

Synagogues are located in almost every community. Chabad operates congregations in many localities and each synagogue takes on the character of the congregants. Some synagogues are historically significant.

Tzfat is also well known for its synagogues and mikvaot. Click here for more info on Tzfat.

Author of this post: Laurie Rappeport has lived in Safed, Israel for over 25 years and worked at the Tourist Information Center in the Old Jewish Quarter for 13 years. She continues to be involved in a wide range of projects which are aimed at bringing visitors to Safed to enjoy the religious, historical, cultural and artistic sites and experiences that the city has to offer. Laurie blogs at Safed.blogspot.co.il