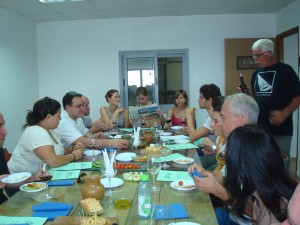 This past Friday, Eighteen young adults from the Tel Aviv and Jerusalem area enjoyed a kosher wine tour of two wineries in the Jerusalem region, Tzuba Winery and Agur Wunery, hosted by My Israel Wine Tours. At Tzuba winery they visited the ancient wine press (from the time of the Second Temple) & vineyards and then enjoyed a cheese and wine tasting of their Chardonnay, Shiraz, Merlot, and Metzuba blend from 2006. The group finished the tasting with their late harvest Chardonnay dessert wine which is delicious! 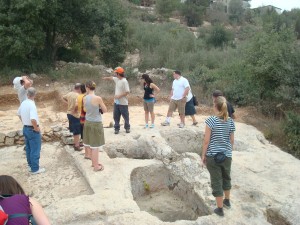 We then went to Agur winery and enjoyed an intimate tasting with the winemaker and owner, Shuki, We tasted Shuki’s Blanca which is a white blend of Johannesburg Riesling and Viogior. We then tasted his Cabernet Franc/Cabernet Sauvignan Rose, and then the Kessem blend from 2008 which is a blend of Cabernet Franc, Cabernet Sauvignan and Merlot. We ended the tasting with his bold Kessem Reserve. 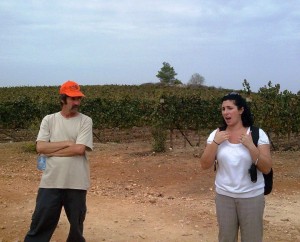 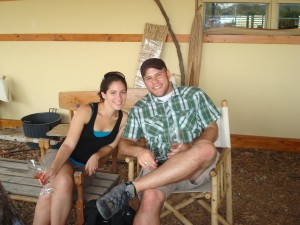 Donuts are coming back to #Israel in time for Hannukah!
Cute and Kosher in Tel Aviv: Cafe Birnbaum
Comment