Further reason for all the West Coast-ers in New York City to rejoice: Coffee Bean & Tea Leaf  (CBTL) just opened yet another new store at 280 Broadway, at the corner of Chambers Street near City Hall and the Brooklyn Bridge, slightly east of TriBeCa. Yay for more Ice Blendeds!

Below is a list of all the Kosher CBTL locations in NYC: 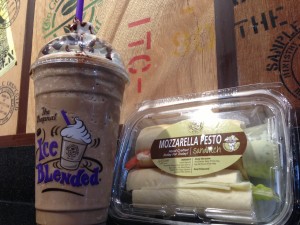